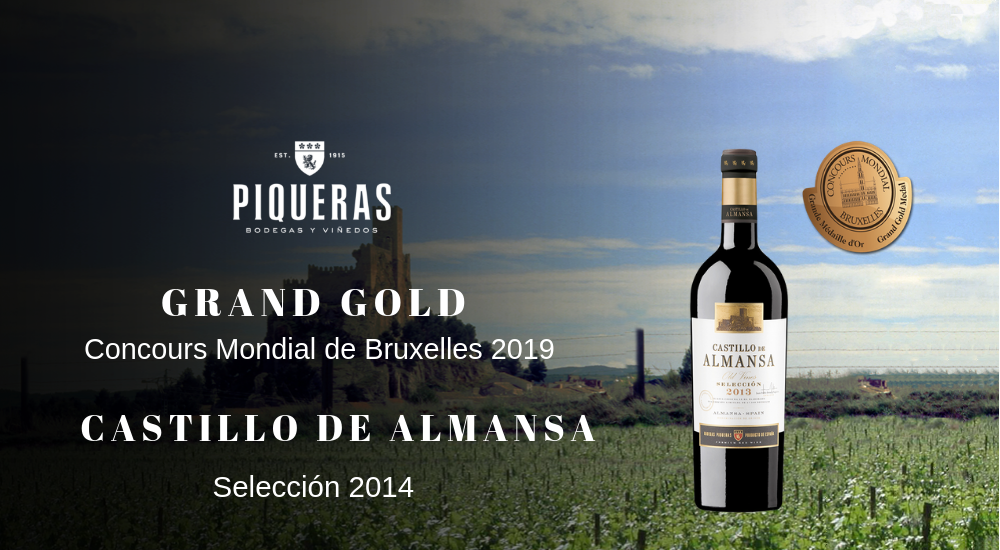 One of our wines has made history. Our red Castillo de Almansa Selección 2014 was one of the big winners of the prestigious Concours Mondial de Bruxelles after receiving the most important award of the contest: the Gran Oro.

In the event that was held from May 1 to 5, only 1% of the wines that were submitted to the contest received the highest recognition of the Gran Oro medal. In this category, Italian wines obtained the highest amount of Gran Oro with 20 medals for the whole country, followed by Spain (18 Grandes Oros), France (12), Portugal (11), Switzerland (7) and China (5)).

The region of Castilla-La Mancha was one of the most awarded Spanish territories at all levels. Specifically, it received 86 medals, of which only one got the highest recognition of Gran Oro, and that was our Castilla de Almansa Selection 2014.

With over 25 years of experience, each year the Concours Mondial de Bruxelles has as its main ambition to recognize and differentiate quality wines from around the world.

Along with this very special recognition, our winery also stood out with four other medals in the same contest. Three golds and one silver, for the following wines respectively: Castillo de Almansa Reserva 2016, Castillo de Almansa Roble 2017, Piqueras Old Vines 2017 and Piqueras Gold Label 2016.

Our Castillo de Almansa Selección 2014 is a vintage with Denomination of Origin in Almansa. It is made with strains between 65-90 years old with the varieties of Garnacha Tintorera, Monastrell and Tempranillo glasses in dry land and strains Syrah in trellises. 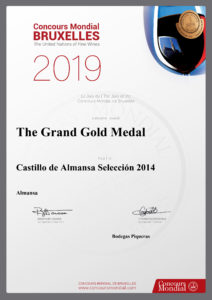 Bodegas Piqueras launches “Los Losares Monastrell”, a monovarietal signature wine made 100% with Monastrell grapes from ungrafted vines to convey the special character of DO Almansa