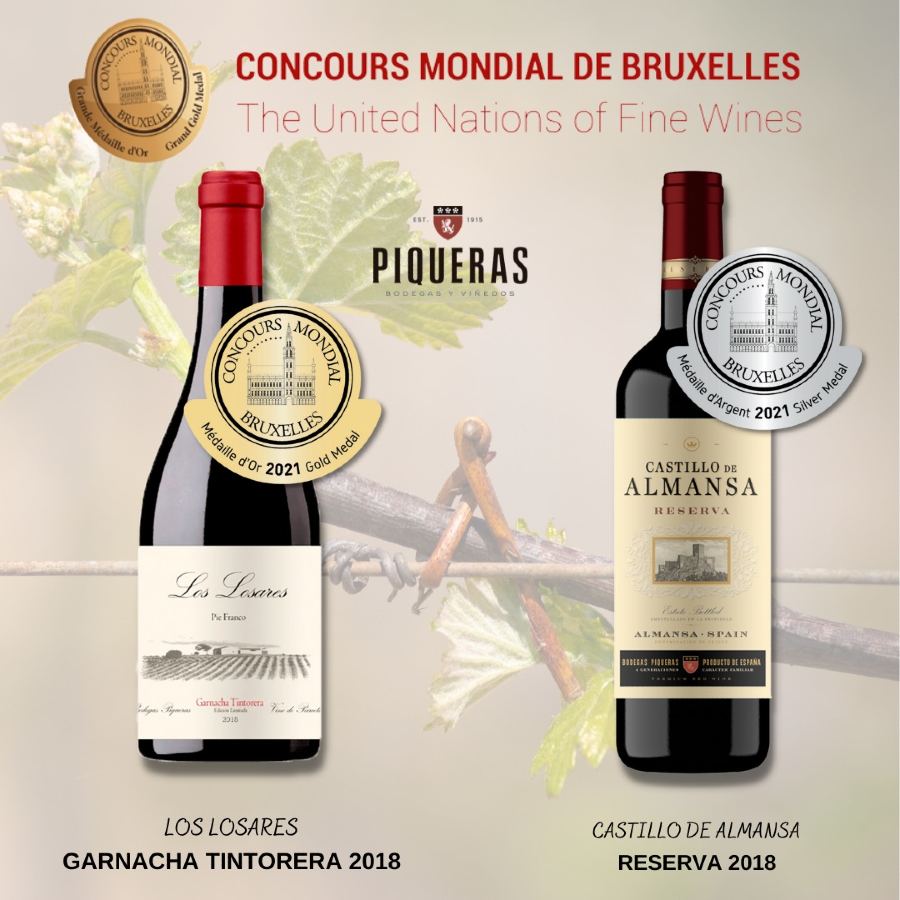 This means that the 2018 vintage of Los Losares Garnacha Tintorera, which has yet to hit the shelves, has already got a gold medal, providing further recognition for what is being achieved at Bodegas Piqueras. Additionally, Castillo de Almansa Reserva won another silver medal to add to the same medal it was awarded at last year’s competition. This underlines the consistency, as well as the high quality of our best-selling wine internationally.

This sees Bodegas Piqueras confirm its standing as a winery that wins medals year after year at this prestigious and rigorous wine competition. One particular previous highlight was the was the award in 2019 of a Grand Gold medal to our Castillo de Almansa Selección, earmarking this 2014 vintage as one of the top Spanish wines.

The event, which was held in Luxembourg from 17 to 27 June, saw nearly 2,000 Spanish wines (out of a total of 10,000 wines from more than 40 countries) take part, underlining the competition’s status as one of the best international showcases for wine from our country. 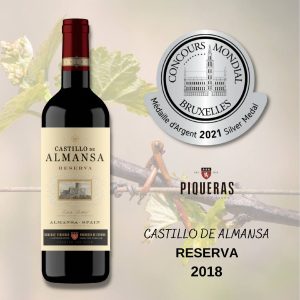 Juan Pablo Cantos, head winemaker at Bodegas Piqueras, highlights the significance of winning two new awards at the Concours Mondial de Bruxelles, especially for the “Los Losares” range, as “the entire technical and commercial team at Bodegas Piqueras has invested so much in this new wine range that is selling better and better in more and more countries”.

Cantos also underlines how Castillo de Almansa “marches onwards, consolidating its reputation as one of the leading Spanish labels in this competition by being among the medals at the Concours Mondial de Bruxelles year after year”.