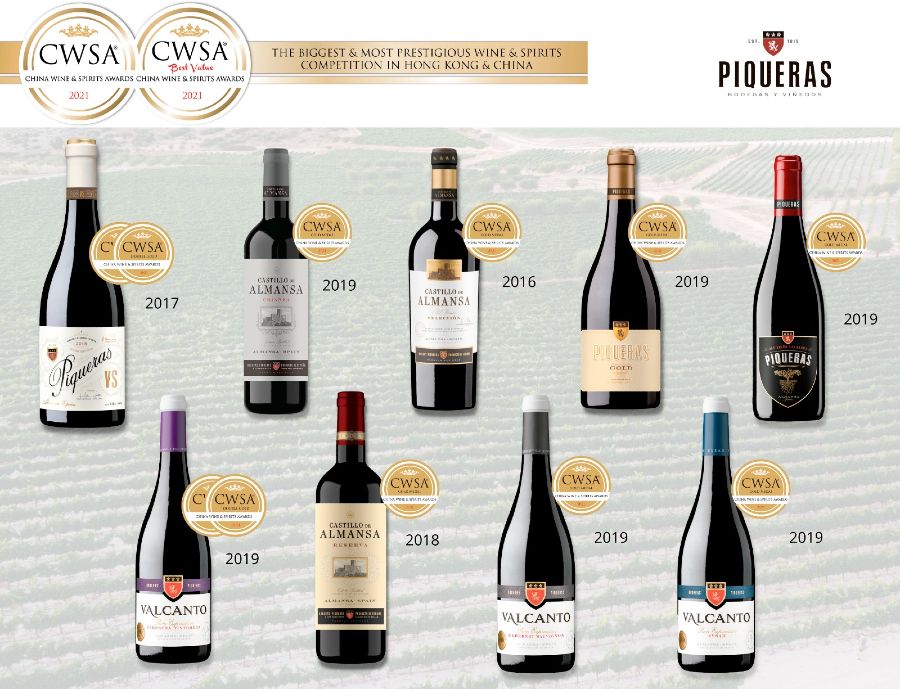 Bodegas Piqueras wines once again achieved significant success at the China Wines and Spirit Awards (CWSA), one of the most important and prestigious competitions in China and Hong Kong. But this year, in addition to the 9 medals obtained by our wines, Piqueras VS 2017 achieved a landmark award in the history of the winery, being judged “best Spanish wine of the year” in China.

This red wine had previously achieved scores of 90 and 91 points (with two silver medals for the 2016 and 2017 vintages, respectively) at the last two editions of the rigorous Decanter awards, and has once again come out on top at an international competition, with this success at the CWSA awards. The 2017 vintage of Piqueras VS is about to hit the shelves, and arrives already brandishing this award that marks it out as a top performer. 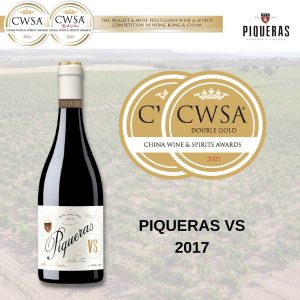 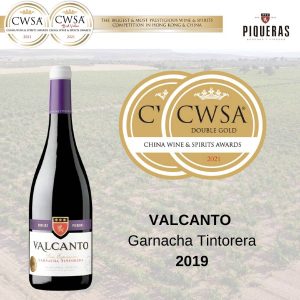 Juan Pablo Cantos, winemaker at Bodegas Piqueras, stresses the significance of this award, one an historic achievement by the winery at international level: “it is remarkable that this wine, after a relatively short time in the marketplace, should have won an award like this in one of the most demanding wine markets in the world, such as China.” This underlines how Bodegas Piqueras goes from strength to strength in China, where our wines are making great inroads, matching the performance of Bodegas Piqueras in such well-established markets as Canada, Russia or Finland. Juan Cantos is quick to pay tribute to the great work worldwide of the commercial department, without which “these medals and the overall success achieved by Piqueras VS would never have been possible.”