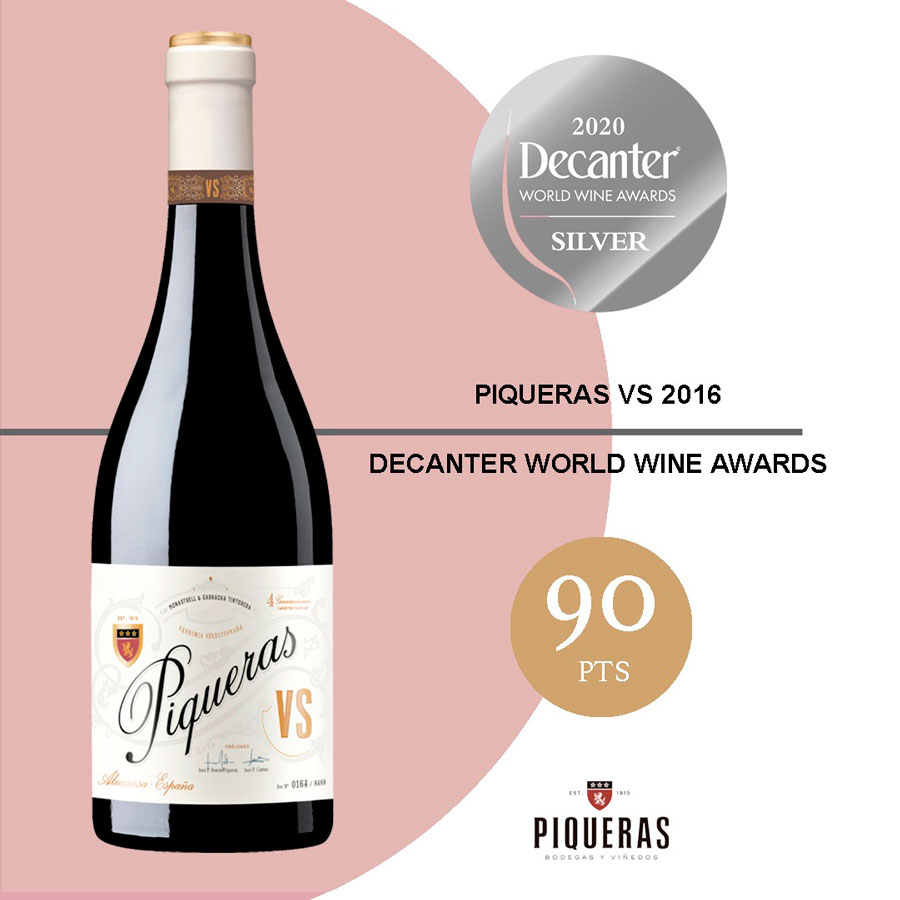 Piqueras VS has again emerged as a top wine from the south-east of Spain at one of the world’s most important wine competitions, winning a silver medal and achieving a 90-point rating at the Decanter World Wine Awards 2020.

This is the second time in a row that our flagship red wine, made from 50% Monastrell and 50% Garnacha Tintorera, has been awarded a medal at the Decanter Awards, at which 16,518 wines were tasted this year, having earned a bronze medal in 2019. With this award, Piqueras VS 2016 adds another trophy to what is proving a spectacular year, after the gold medal and 92-point rating achieved at the Gilbert & Gaillard International Challenge in France.

Juan Pablo Cantos, head winemaker at Bodegas Piqueras, highlights the significance of Piqueras  VS achieving these results in successive years. These awards underline and consolidate the excellent market reception given to this wine since it was first launched in 2018. In the words of Juan Pablo Cantos, Piqueras VS “is establishing itself as the new jewel in the crown of Bodegas Piqueras and one of the beacons of the Almansa Denominación de Origen”, not only on account of the prizes won, but also because “this wine has gained devotees all around the world, satisfying the most demanding wine drinkers”.