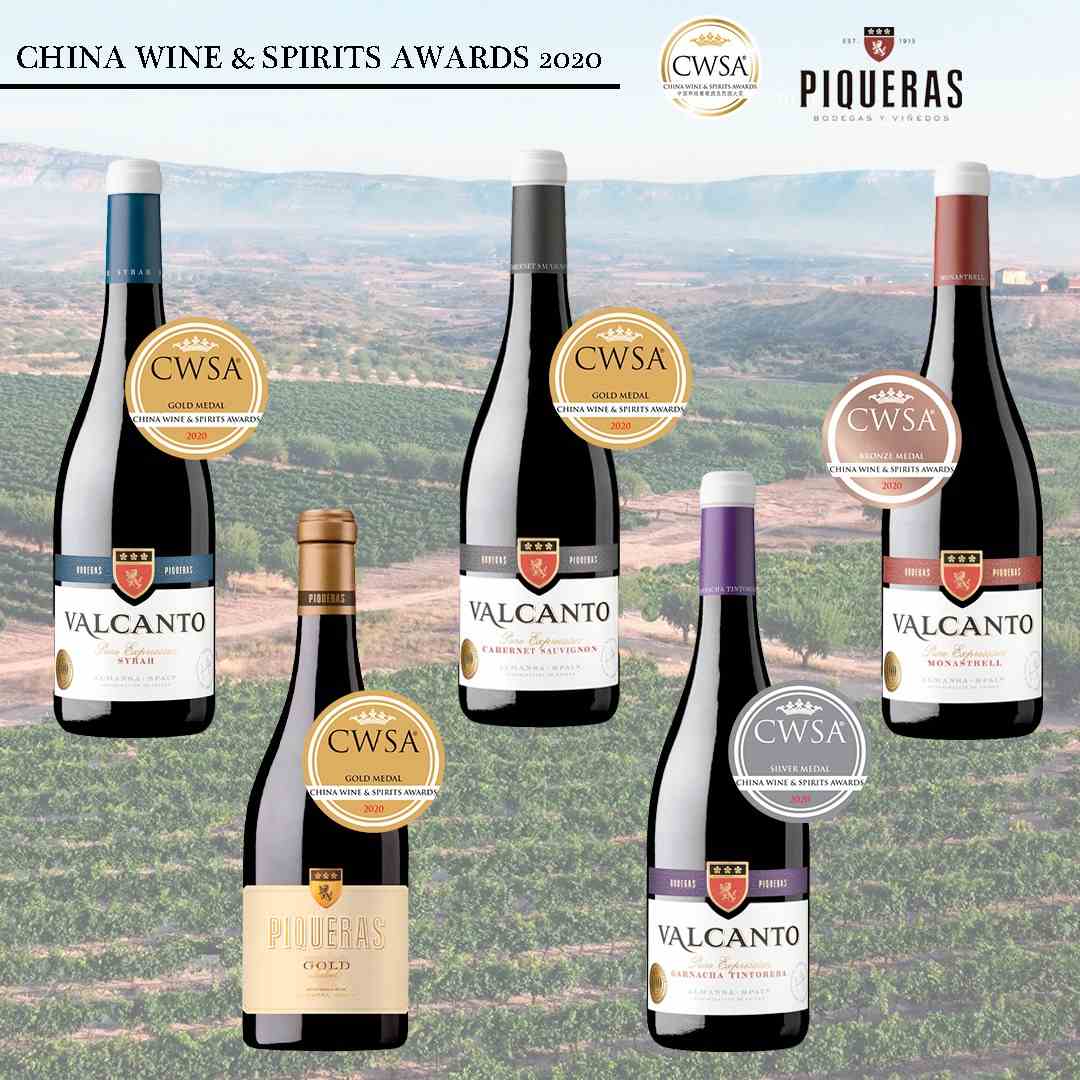 Posted at 14:05h in Awards, Premios by Pieter
Share

Bodegas Piqueras achieved five medals at the China Wines & Spirits Awards (CWSA), one of the most important and prestigious wine competitions in China and Hong Kong. Our wines won three gold medals, a silver medal and a bronze medal.

Three gold medals
Valcanto Syrah, Piqueras Gold Label and Valcanto Cabernet Sauvignon were the wines that were awarded gold medals. Valcanto Garnacha Tintorera and Valcanto Monastrell followed with a silver and a bronze medal, respectively.
Pieter Whaley, commercial director of Bodegas Piqueras, has welcomed this as a milestone for the winery, the first time it has achieved such results in the competition, and he sees it as an important quality benchmark for our wines in Asia.
Whaley has highlighted that the CWSAs are “the most important wine competition in China and Hong Kong” and that these awards confirm once again that “our wines enjoy great prestige in such an important market in world terms as China”.