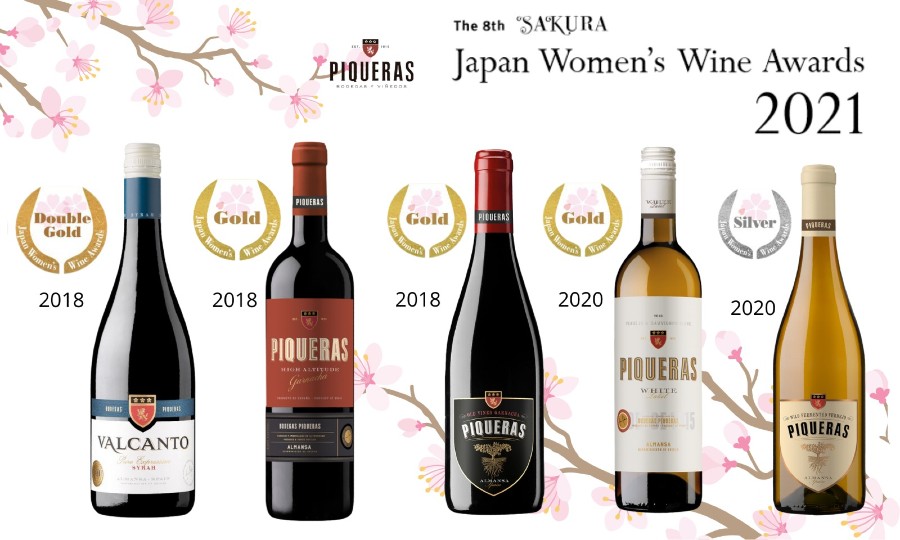 Bodegas Piqueras has been awarded five gold medals at the SAKURA Japan Women’s Wine Awards International Competition, considered the most prestigious wine competition in Asia, with a jury composed entirely of women from the Japanese wine trade. Our wines achieved one “Double Gold” medal, three “Gold” medals and one “Silver” medal.

Valcanto Syrah 2018, awarded a “Double Gold” medal, was the most highly rated of all the wines assessed by the experts on the jury. Additionally, Piqueras Old Vines, Piqueras White Label and Piqueras High Altitude won a gold medal each. Our white Piqueras Wild Fermented Verdejo achieved a silver medal. So, Bodegas Piqueras has once again performed outstandingly at this event, in which more than 4,500 wines from 32 different countries are tasted, building on the Gold medal won last year by Valcanto Syrah 2018.

Bodegas Piqueras wines go from strength to strength across Asian

This new recognition represents another step in the consolidation of Bodegas Piqueras wines in Asia, where there is already significant penetration in such demanding and established markets as China, South Korea, Taiwan, Thailand and Japan. Juan Pablo Bonete, the winemaker at Bodegas Piqueras, underlines the fact that “our wines have gained recognition at what many consider to be the most important event in Asia”, and this time four more medals were achieved than last year.